The Power to Change? 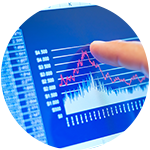 Two weeks ago saw the 166th meeting of OPEC in Vienna, which provided some heated discussions in regard to oil production and the crude price. Various countries are suffering from lower tax revenues and investments dropping off because the crude price has dropped – and the situation does not look likely to change for the better in the short term.

Recent discussions with the Iranian oil minister have revealed that if a deal can be reached on the nuclear program sanctions, Iran would look to double its production to around 4 million barrels per day (bpd). This is coupled with a situation where the non-OPEC oil producers are collectively starting to hold more influence over the market price of crude; at the press conference OPEC stated that they are going to keep production constant for at least the next six months and speculation is that the crude price may reach $65/bbl.

These economics also make for uncomfortable reading for the North Sea, where production has declined and, it is estimated, the region needs approximately $1.6 trillion (£1 trillion) of investment to continue to produce. Given the current crude price of below $80 and the remaining estimated volume of 20 billion barrels, and suddenly the area looks extremely uneconomic – and this before lifting cost and taxes. These economics and this situation would perhaps have had an interesting effect on an independent Scotland, had the vote been different.

The oil and gas industry is experiencing a radical change in the dynamics and forces that drive the market. Economic shift between Canada and the US has meant that the weaker Canadian dollar is driving up the margin on heavy oil production – whilst the crude price drop (according to Deutsche Bank) is driving down the US shale gas production because of cost of production.

One thing is common between all of these effects – crude production and the ability to produce is changing with power being eroded from the 12 major nations that form OPEC. In 2012 there were over 100 countries producing oil globally, and if the production from the 88 non-OPEC countries is compared to the OPEC production, OPEC is dwarfed by 53 million bpd compared to 36 million bpd (based on 2012/13 reported data) and is widely reported to produce only 30% of world production. These smaller countries that are starting down their journey of oil production now have the advantage of technology to help them drive efficiency – technology developed on aging assets such as the North Sea. Regardless of whether there is full automation or activities are manually driven, data integration drives efficiency and both production and reservoir producibility have expectations beyond those set when the oil boom started in the 1970s.

What then can these established oil producing countries do to change this situation or level the playing field? Interestingly, Shell reported its results for Q3 2014 and, despite the crude price drop, stated a 31% increase in earnings (compared to the same period 2013) in part due to “new higher margin production.” Given the crude price is a global constant, this means that margin has been created through reduced cost – and this is the key learning. How can this be achieved? Through better utilisation of data and the information that this can provide. Insights into lost potential, pre-emptive information to improve overall equipment effectiveness and helping employees become more efficient are the key things that can be achieved. It is technology born of 40 years of experience with use of new technology – computers and the internet.

The most interesting thing about this whole situation, however, is the contrary situation that the industry finds itself in. The established producers have business cases predicated on a crude price of $100/bbl, and now that the market stands at $69/bbl, they need the projects that are likely to be shelved because of poor revenue.

The power to change is needed to drive these investments in the bad times – if companies can still make profits from higher margin production in a low crude price, imagine what business will be like when the crude price rises…?