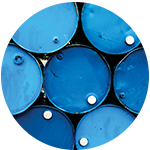 The expression (often reported to be a Chinese curse, but unproven!) goes “May you live in interesting times,” and 2014 could well go down in the history books as one such “interesting” year. We have had the political issues in Ukraine and Scotland, the rise of Islamic State and, the source of much speculation, the crude price dropping more than 23 percent in eight months.

The world is united through few things, and the crude price and its impact on economies are certainly one such thing. There has been speculation that the crude price could continue to drop further (WTI at 80.54$ at the time of writing) since OPEC has said there is no reason to cut production in the short term.

For many countries in Europe, this comes as welcome news; transport and industry will see lower manufacturing costs. Countries recovering from recession can look at the one-year price forecast for crude (92$) with a positive eye, and consumers of motor gasoline and diesel have already seen prices dropping at the pump. Overall, a good news story, you would think…

Crude price affects viability of production wells and different assets. Ultimately, the lifting cost of a barrel of crude has to be weighed against the sell price and, as per many business decisions, if it does not make enough profit, the activity will be curtailed. A sustained crude price of 80$/bbl has already sent shivers down the back of the world’s largest oil producer – the U.S. At this price, shale gas producers are reviewing the viability of different wells and may soon start to curtail production – Deutsche Bank recently speculated that almost 40 percent of “tight oil” in America could be rendered uneconomic at prices below 80$.

Further to this, other countries are also suffering with respect to production and revenue. Kazakhstan is reported to be feeling angst after the devaluation of the currency in February and since the giant Kashagan field is still not producing. With a low crude price, the Kazakh government is starting to eat into contingency funds although production is still profitable until around 65$/bbl.

The question then is – why are OPEC and Saudi Arabia continuing to produce at volumes high enough to cause the crude price to drop? Speculation continues that this is a way to curtail the control that Russian companies have on the European energy market and also to allow the Middle Eastern countries to fuel increase in their own GDP. Estimates are that for every 10$ drop in the crude price, their GDP increases 0.5 percent. Contrast this to the effect the crude price drop has had on the Russian economy – because of the nature of the production and the reliance upon the export of crude, if the crude price reaches 77$/bbl, it has the potential to make most Russian crude production unviable. What are the drivers in the OPEC decision then?

In this interlinked economy in which we find ourselves, it is interesting to see how there is a balancing effect on economies, growth and recession, all of which hinge on one commodity. The one difference between the Russian and U.S. production, both of which are threatened by OPEC’s actions, is very clear though – the U.S. is not a crude exporter (as yet) and therefore is not as reliant upon this revenue stream. However, the U.S shale gas industry is a huge employer and this is being threatened. Against this background, there are the financial results from Shell – which has reported an increase in profit of 31 percent for the same period, based upon its business agility and low lifting costs.

OPEC is meeting in Vienna on the 27th November and the production volumes will be the hot topic of conversation. American, Eastern European and Russian economies are looking to the crude price with varying perspectives – these are indeed interesting times!