The History of Land Management Systems 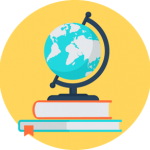 Across all facets of the oil and gas industry, professionals have had to adapt to changes to arrive where we are today.

For a moment, imagine a time in which you managed all your leases and provisions via mailed-in punch cards and waited days to get your acreage reports. This was the case before land management systems came in and disrupted the industry. The progression of technology has completely altered the way we interact with and visualize our land data.

While many of the processes necessary to manage and track land data existed well before the technological conveniences we now take for granted, these seemingly disparate aspects of history combine to tell a story of increased integration, accuracy, and efficiency – leading the oil and gas industry to a bright future, one full of new possibilities.

Understanding the motivation for change in data processing helps explain how we can look to the future for better efficiency, accuracy, and integration.

The Start of Land Data Tracking in the Oil & Gas Industry

When wooden oil rigs first began sprouting up across the states, managing an oil and gas lease was fairly simple – only a handful of provisions were being tracked. Also, this pre-pooling era made making payments to the owners a great deal easier because they owners were closer in proximity to each other.

The roots of data management within land management can be seen in meticulously tracked oil and gas production through manual systems. While these manual systems were unique for different organizations, they involved hard copies of reports, lists to track acreage, and color-coded index cards to track monthly payments.

These manual systems also presented some immediate limitations. For example, tracking rentals and expirations were a top priority and missing a payment could mean the end for a young oil and gas organization – especially when details of lease agreements were tracked through tangible and incredibly fallible ways.

The Need for Accuracy, Efficiency, & Integration

The arrival of directional drilling drastically altered how we viewed and subsequently leased the landscape. Previously, one oil rig meant one lease, but as drills began to move horizontally, leasing agreements became more complicated. By the 1950s, steam-powered rigs were being replaced with combustion engines and the first offshore rig had been built. As advancements in technology unlocked previously unproducible oil and gas plays, the need to track the growing number of agreements continued to grow as well.

As landowners saw success in the industry, they were less likely to accept a lease agreement at face value and started looking to lawyers to represent them during lease negotiation. This process required longer, more complicated lease agreements. What once started as a handful of provisions now became too complex, and lease agreements started to differ from client to client. While these complicated lease agreements were created in the best interest of all parties involved, they proved much more challenging to track and manage. Without the technology to integrate and track the data, managing reports, payments, and obligations took up valuable employee time and energy.

All this new advancement required the way data was processed and shared to be even more accurate and efficient, and the process to be integrated with other industry data management procedures.

A Leap into the Future: Mainframe Computing

A leap towards the future came with the introduction of mainframe computers. These mainframes quickly changed the oil and gas industry and created new roles in the workforce. Tracking and reporting were still incredibly slow by today’s standards, but it marked a major step forward. Only large organizations could afford to purchase and maintain a mainframe computer, which took up an entire room and required its own special air conditioning system, among other things. Inputting data into the mainframe was a specialized skill set and was only performed by individuals in that role. In today’s bustling office, many individuals may collect, handle, and input data, however, when mainframes were first utilized by oil and gas organizations, data was rarely input on site. Standard hard-copy reports were made. Reports on acreage and payment forecasts were then translated into forms with key information that were sent to groups who keypunched the information into the mainframe. Reports could then be sent out to an office on request.

However, this system presented its own set of challenges. Land departments that operated from satellite offices used their phones and antiquated computers to collect, store, and manage data with no consistent process. Compiling accurate, meaningful information that land management could process into actionable steps was impossible. Tracking information on spreadsheets meant allowing for human error and duplication of data handling. There was limited sharing of information between departments which meant multiple reports showing different sets of data. There was a lack of integration between divisional systems and efficiency and accuracy were behind due to data duplication.

Fortunately, the remnants of manual systems haunting the industry and weighing down the ability to integrate are being erased thanks to modern land management systems. As more data becomes available, what oil and gas land managers can do with that data becomes even more powerful. Land management systems provided industry users the opportunity to get more accurate and efficient with their use of data. The more accurate they can get, the more money they can make, the less time they will waste on mundane tasks, and the more time they can spend on being proactive – which leads to less risk overall.

As technology continued to move forward and at a lower cost, many companies simply traded in their manual systems for the software equivalent. Color-coded index cards became spreadsheets and databases. The greatest change was clearly the speed at which data could be accessed and shared. Instead of waiting weeks for reports, key data was suddenly and literally at their fingertips. With a few clicks that data could be sent off to everyone in the office, and numbers and information could be adjusted without the need for an entire new report.

Technological advancements in the world of land management are far from over. Land management systems act as a central hub – connecting land, production, and finance into one synergistic data repository. Oil and gas producers are looking to these land management systems for even more efficiency, integration, and accuracy. By authorizing individuals to access and change certain information and automatically send relevant information to departments, everyone stays informed, updated, and secure.

The evolution of technology has leveled the playing field between small and large oil producers since they now have access to the same technological advantages to help them grow. Prior to the introduction of technology, it was uncommon to hear that a startup oil and gas production organization could raise money from a private equity company or that a startup could compete with a big-name oil and gas production organization. Technology has been fundamental in bringing down the cost of being successful in the field and has given small, new players access to the same solutions that larger, older organizations have.

As the oil and gas industry became savvier and embraced the technology available to industry leaders, the more they can push the envelope on how accurate, finite, and predictable their business processes can be. Being proactive with the wealth of information in your land system, combined with information from external sources, will help you make more informed decisions.

In an industry that began by setting up a rig and hoping for the best, it’s now possible to set up an oil well knowing exactly what profit to expect. In this way, the tools we use have changed from a place to store existing data, to a living system that allows us to make informed decisions and wise investments. 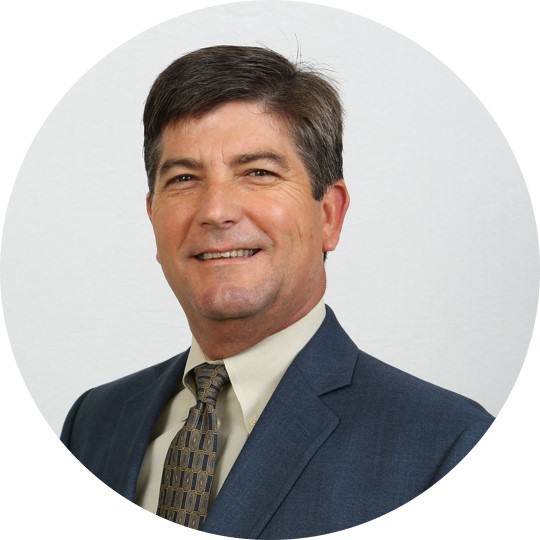 A graduate of U.S.L. in Lafayette, LA with a Petroleum Land Management degree, Richard has over 35 years of experience as a practicing Landman. As co-founder and Vice-President of iLandMan, he oversees all company operations for its Land and Lease Acquisition and Management software application; some areas under his management are business continuity, implementation, marketing, database, staff and record management. Richard is the recipient of the 2008 AAPL Best Director’s Communication Award and currently serves on the AAPL Board of Directors as the Director from the AAPL Local- Lafayette LA Association.