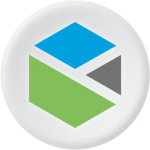 Some know us as P2 Energy Solutions. Others as Qbyte. Anyone who has been in the Canadian oil and gas industry has used or at least heard of the Qbyte suite of products – a reputation we’ve worked hard to curate. Today’s Canadian oil and gas companies are facing market challenges that require the ability to do more with less. And with Qbyte, it can be done.

At our core, we’re a collective group of people who embody The P2 Way, which is a set of cultural values we live and breathe daily. We’re deeply committed to making P2 a great place to work and grow both professionally and personally, as well as establishing a high-performance culture among and between departments, teams, and each other.

Qbyte: It Started on a Cocktail Napkin

Qbyte Services Ltd. was started in 1982 by a group who saw an opportunity to provide more sophisticated oil and gas accounting, production accounting, and land information systems. No one knows for sure where the name Qbyte came from, but legend has it that it was linked to the 1982 Q*bert video game and was first documented on a cocktail napkin! The group’s response to this opportunity was a state-of-the-art IBM AS/400 based management software solution called Management Assistant for Computerized Resource Organization (MACRO). MACRO soon became the industry standard with a very loyal following that people still talk about today.

Even 20+ years ago, technology was ever-changing; Qbyte made all the right moves to stay current.

Qbyte Optix, our best-in-class reporting and data mining application, holds the family together. It’s one tool used across all disciplines with industry standard reports; ad hoc reporting and extracts; and cross product comparisons, connections, and mashups.

Qbyte’s best-in-class land, financial, and production accounting applications have come together to provide an unparalleled ‘Better Together’ solution that increases operational efficiency and visibility. Under the P2 Canadian umbrella are three domains or solutions (land, production & revenue, accounting) and products that our customers rely on every day to make critical business decisions.

Among other attributes, we bring optimization and efficiency to our customers’ daily operations whether they’re in the field or back office. We save upstream oil and gas companies time and money through technology-enabled software solutions that our teams work to modernize and enhance every day.

Led by an experienced, thoughtful, and highly engaged management team, P2 continues to drive forward, pushing the envelope of what’s possible. We will continue to invent and iterate, solve problems, and revolutionize the way upstream oil and gas professionals get their jobs done. Most importantly, we’ll remain steadfast in our values and vision as we look toward the future.

At P2 Energy Solutions, we’re empowering the people who power the world.

Want to learn more? Connect with us on social media!