Production Capability Maturity Model: How to Upgrade From Ad Hoc Operations to a Reactive Mode 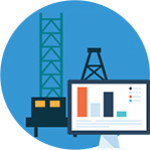 This is the first in a five-part series about the Production Capability Maturity Model for upstream oil and gas companies. This blog covers the Ad Hoc-to-Reactive jump and why upstream organizations make it.

You’re a freshman in college. You’re at (insert your favorite school here) to study Petroleum Engineering because you’ve heard all the great things about the upstream oil and gas renaissance and the shale plays and horizontal drilling and hydraulic fracturing. You want to be part of all of it.

As you’re enjoying the first of what will be many lunches at your dorm, you place a sheet of paper showing all the classes you’ll be taking over the next several years on the table in front of you.

Then, it hits you: You’ll have taken a lot of great classes by the time graduation day comes. You’ll be sharp in many different areas and ready for anything the industry throws at you.

Well, the Production Capability Maturity Model for upstream oil and gas companies is a lot like the college journey…

What Is The Production Capability Maturity Model And Why Does It Matter?

Simply put, the Production Capability Maturity Model helps exploration and production companies identify where improvements can be made to their operations. It’s an incremental approach to optimized operations.

Before we dive in to the Ad Hoc-to-Reactive journey, there are a few important points to note about this model:

With that, let’s take a look at what an E&P company needs to do to move from left to right along the Ad Hoc bar and set itself up for the jump to the Reactive level.

The Path From Ad Hoc Operations To A Reactive State

Typically, companies that are in a less-mature state have the basic accounting systems and processes in place, but not much attention is paid to field data capture and field operations. Spreadsheets, homegrown applications, and manual-intensive processes are often the go-to’s.

These don’t come without risks, of course. The most common ones are inaccurate data and lags in decision-making. If teams aren’t connected to the data being acquired, everything that happens will be a surprise … and, more often than not, surprises in the oilfield aren’t good.

The move from left to right begins when companies start to implement fit-for-purpose field data capture solutions and SCADA systems. They may even install a third-party system of some kind to aggregate all of their data.

What drives companies to make these moves? It could be a few things: their operations have become more complex; they’ve added more wells to their portfolio; or the benefits of having more accurate and timely data at their disposal have simply started to become clear. It could be a combination of these, too.

The tipping point comes when organizations realize that there’s a strong relationship between what happens in production data management – which includes well test capture and validation, production allocations, reconciliations, and production logistics – and what happens in the field. In other words, they recognize that the field and back office, and all of their associated datasets, need to be brought together.

Your left-to-right move along the Ad Hoc bar is complete. A strong foundation has been laid for future process and system implementations. Now it’s time to go see what your new friends are up to in a nearby dorm, called Reactive Hall.

Stay Tuned
The how to’s of moving from Reactive to Proactive operations will be covered in our next blog. If you need some additional production content to hold you over until then, be sure to check out these four webinars. These were our most-popular production webinars in 2015. 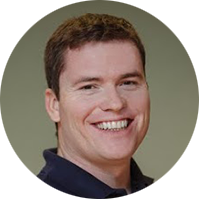 Alex Schultz works on P2’s corporate marketing and communications team. Prior to coming on board at P2, Alex worked as a news and sports reporter in California’s San Joaquin Valley, where he covered everything from local politics and citrus farming to college baseball and senior slowpitch softball leagues. When he’s not writing about the innovative and resilient upstream oil and gas community for P2, you’ll likely find Alex in one of two places: at Folsom Field in Boulder, CO, watching (and usually regretting his decision immediately) a University of Colorado football game, or trying (and usually failing) to hook a rainbow trout from one of Colorado’s mountain streams. Alex holds a bachelor’s degree in journalism from CU-Boulder.