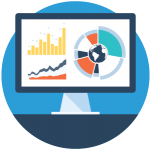 Behind every E&P company's success are quality forecasts

For a lot of upstream oil and gas organizations, those two words are a source of great consternation.

For others, they’re the source of better decision-making, greater oil and gas production, better capital management, and less risk.

Why the fork in the road?

Answer: It’s all in how production forecasts are generated.

Done right, forecasts are a positive driving force behind the success of many teams and the organization as a whole. Bad forecasts inevitably lead to, well, consternation.

Here are the five characteristics that my colleagues and I recommend every forecasting engine have:

But stronger production and lower Opex spend are only part of the story.

Better forecasts also give rise to better analyses. You get a more accurate picture of your reserves (both most likely and full range of uncertainty), a better understanding of why completions fall below their bounds, and a more complete look at downtime and its causes.

So which fork in the road is your organization taking?

Want To Learn More?
Watch this webinar to learn how to make better production forecasts for your business. A 20-year industry veteran and P2’s Vice President of Production Operations, Scott Raphael is responsible for setting direction for P2’s production operations product line. Over his two-decade oil and gas career, Scott has been on the operating, services, and consulting sides of the business. When he’s not behind his desk or on a plane to his next business meeting, Scott enjoys traveling and photography. Scott met his wife the day after his graduation from the University of Texas at Austin, where he earned a degree in Petroleum Engineering.

For Exec-Level Managers and IT Personnel, Communication Hurdles Abound When It Comes To Shift Logs, Shift Handover

08/15/2022
In previous blogs , we have examined the communication challenges for operators and supervisors around shift logs and shift handover...
#Blog #P2 Shift Log

04/28/2022
One of the biggest challenges facing oil and gas accounting and finance teams is the lack of centralized data –...
#Blog #Power of P2 #Oil and Gas Accounting
View All Related News