5 Things to Do in San Antonio During ASCEND 2015 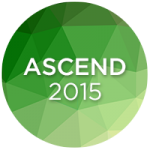 Things are starting to get serious: ASCEND 2015, P2’s upcoming customer community conference in San Antonio, is just a few days away and hundreds of upstream oil and gas professionals are registered.

But as an ASCEND 2015 attendee, you won’t be expected to wear your serious face for 48 straight hours … conferences are just a million times more enjoyable when you can get out of the conference venue for a bit and enjoy some of what the city has to offer.

With that, here are five things you can do when you’re not at the JW Marriott networking with your oil and gas peers, learning about industry trends, and picking up valuable P2 software best practices:

Rock Out With Billy Idol At The Tobin Center

The fourth-to-last stop on Billy Idol’s “Kings & Queens of the Underground” tour will take the rock icon to the Tobin Center (an outstanding name for a performing arts center if we do say so ourselves) on Monday, Oct. 5. So go ahead, let loose a little and rock out to such Idol classics as “Rebel Yell” and “White Wedding.” We’re not here to judge ;)

Show Off Your Golf Prowess In The ASCEND Golf Tournament

Now that golf’s 2015 major championships are in the books, you’re ready to show others what you can do on the links, right? On Monday, Oct. 5, join your fellow ASCEND attendees at the AT&T Oaks Course for an 18-hole tournament. Time to dust off your irons and get to practicing!

Take In The Beautiful Game

Relive A Special Moment From The 2008 Beijing Olympics

Seven years ago, the National Circus and Acrobats of China’s “Peking Dreams” production was performed at the Summer Olympics in Beijing. Lucky for you, the group will be performing that very production Tuesday, Oct. 6, at the Majestic Theatre in downtown San Antonio. All the trapeze tricks, balancing acts, hat juggling, ring diving, and made-for-YouTube gymnastics you can handle will go down on this night.

Eat, Drink, And Be Merry At The River Walk

A “Things to Do in San Antonio” list just wouldn’t be complete without mentioning the city’s highly popular River Walk. If you’re looking to grab some delicious food, have a brewski or two, pick up a San Antonio memento, go for a relaxing stroll and take your mind off work for a while, or anything else, really, the River Walk is where it’s at.

So there you have it … five things you can do outside the JW Marriott during your stay in San Antonio.

Of course, inside the JW Marriott is where empowerment, learning, collaboration, fun, and inspiration will all come together for two days and three nights.