The Case for a Data-Exchange Standard in Upstream Oil & Gas 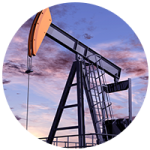 The topic of Big Data is at the center of many an oil and gas conversation these days.

Without question, in the data-thick environment that is upstream oil and gas, companies must be able to collect data from disparate sources, analyze it, understand it, and make sound decisions based on it.

Not included in that Big Data conversation most of the time, however, is the importance of having production-related standards in place across the North American industry (especially in light of how much variation there is in the granularity of public production data due to the fact that each state and federal agency independently set regulatory reporting requirements).

Houston-based Energistics is the industry-sponsored consortium that facilitates the creation, adoption, and maintenance of multiple XML-based data-exchange standards including PRODML, which is focused on production operations-oriented data.

In early 2014, a few of us from P2 (Merrick at that time) approached Energistics about initiating a project aimed at streamlining and simplifying the exchange of production volumes between joint-venture operating partners. We are frequently asked to help with this exchange, so we were well aware of the challenges that both operators and working interest partners face in this regard.

Our team created a draft project charter that was accepted by the PRODML executive committee and led to the formation of a project team, which P2 is co-leading.

The project team has been looking at data-exchange standards from four different lenses:

As you can see, having standards in place across the upstream sector is crucial. When they are in place and followed, companies benefit from a streamlined approach to communicating data; less manual effort and thus reduced cost; greater accuracy due to less manual intervention and preparation; greater insight into the status of properties operated by others; and quicker access to data from joint venture partners.

My P2 colleagues and I are committed to this effort and look forward to future meetings, schema reviews, and data testing – because these standards help us work smarter not only as individual companies, but also as a collective industry.

Scott Raphael, VP of Production Operations, is responsible for setting direction for P2's production operations product line. A 20-year industry veteran, Scott, who holds four patents and numerous awards related to integrated asset modeling, has been on the operating, services, and consulting sides of the upstream business. Outside of work, he enjoys traveling and photography. Scott graduated with a degree in Petroleum Engineering from the University of Texas at Austin. He met his wife, Heather, the day after graduating from UT.