6 Questions and Answers About the Extractive Sector Transparency Measures Act 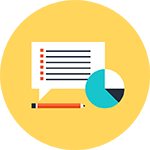 P2 is set to speak on the issue at CPA Canada’s Conference for the Oil and Gas Industry on Nov. 23

First we were counting down the years, now we’re counting down the months: The Extractive Sector Transparency Measures Act (ESTMA), a new law designed to promote payment transparency among Canadian oil, gas, and mining companies, was “proclaimed into force” on June 1, 2015 – two years after then-Canadian Prime Minister Stephen Harper vowed at the 39th G8 Summit to establish new reporting standards for these organizations. Companies impacted by this new legislation are required to file their first ESTMA-compliant report no later than 150 days after their fiscal year-end in 2016.

Here’s this new law in a nutshell, courtesy of the Canadian Securities Law website…

The act applies to any “company in Canada or elsewhere that is involved in the commercial development of oil, gas, or minerals and:

It goes without saying that ESTMA, which can be thought of as a first cousin to the U.S.’s Dodd-Frank law, cannot be taken lightly. So what is P2 doing to help our Canadian customers in their compliance efforts? It’s a question – along with several others – that P2’s corporate communications team presented to Rene Fortier, a Canadian oil and gas veteran who works on P2’s Qbyte team. Here’s how that Q&A session went…

Question: What should companies be doing to prepare for ESTMA?
Answer: First and foremost, they should be communicating with their advisors (auditors, legal counsel and vendors) as much as possible, because there are a few aspects of this act – like what the definition of a “project” is – that are still unclear. Open communication between organizations and their advisors will help sort out a lot of those details. Internal teams, including land and production, also need to be involved in these conversations – not just the finance team. That’s a critical point because, if companies rely solely on their accounting system and aren’t paying close attention to their land and production accounting systems, they run the risk of reporting inaccurately.

Q: What is P2 doing to assist our customers with their compliance efforts?
A: We have an internal team that’s been monitoring this act and its developments for more than a year. We’re paying especially close attention to how various aspects of this legislation are being interpreted by the industry. We’re also in the process of forming a customer-led focus group that’s going to help us better understand each and every one of our clients’ technical requirements. (Anyone interested in joining this focus group can contact Rene at RFortier@p2energysolutions.com or Diana Paul, also on P2’s Qbyte team, at DPaul@p2energysolutions.com). Our team is working on a list of recommended configurations that our customers will be able to reference. We’re hoping to have that list completed by January 2016.

Q: Speaking of recommended configurations, what are some that our customers should be on the lookout for?
A: Companies must be able to track payments back to a project. Their system has to be able to accommodate that. And if an adjustment of any kind is made to a financial entry, it has to be tracked back to the original entry as well. They should also run their final report through an acid test of sorts to validate the results, and that report must be certified by their auditors as well. We’re actually in the process of creating an interim report that will help teams evaluate and analyze their financial data throughout the year. This is going to allow our customers to test their processes and make any necessary adjustments sooner rather than later. Those are just a few of the best practices that will be on this list.

Q: Qbyte Financial Management (FM) and Qbyte Optix, the reporting engine behind Qbyte FM, are used by hundreds of upstream oil and gas companies in Canada. Are these systems going to be able to accommodate these new reporting requirements?
A: Yes. The Spring 2016 releases will include features designed specifically to support ESTMA’s requirements.

Q: We’ve talked a lot about ESTMA’s effect on upstream oil and gas companies. Switching gears a little – what do you see as the biggest challenges for software vendors?
A: Again, there are several aspects of this legislation that are still hazy. For example, the party responsible for filing take-in-kind royalty payments – the operator or the partners – remains unclear. Another challenge: cash versus accrual reporting. Oil and gas companies use accrual accounting; this report is based on the cash method. So long story short, there are some elements of this act that we’re still trying to understand.

Q: So, what’s next?
A: I’m part of a terrific panel that’ll be speaking Monday, November 23rd, at CPA Canada’s Conference for the Oil and Gas Industry. And, of course, we’ll continue to pay close attention to this legislation and share any new developments with our customers.

Q: Last question – with all this talk about payment transparency, I’ve got to ask you, who’s your money on to win the Stanley Cup in 2016?
A: Is that even a question? The Calgary Flames, of course!

Rene has been working with Qbyte products in one form or another for more than 25 years. His roles have ranged from customer to implementation consultant to account executive. Rene has spoken at the CICA Oil & Gas Conference and is a Certified Management Accountant. Outside of work, he enjoys spending time at the lake with family and friends.